Appendix is the third installment of an album trilogy from Derbyshire multi-instrumentalist James Machin, in his Grawl!x guise and ends the trio of releases on an epic high.

Machin has always, since the debut of this trilogy, carefully brought in like-minded collaborators to fully realise his vision, but on this third and final work the collaboration feels more assimilated into the Grawl!x sound than ever. 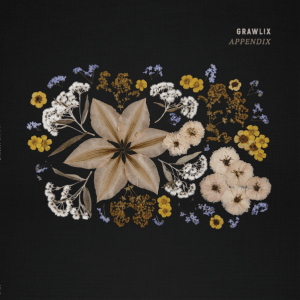 Appendix opens with the echoed whispers of instrumental ‘Appendix A’ and ‘Appendix B’ which are built on the shimmering guitar echoes, subtle piano and fraught, but beautiful vocals that could be associated with the Grawl!x sound to date. But as ‘Appendix B’ reaches its mid-point the ambitious scope of this new record comes into play as big drums and epic strings lift the track before it peters out with the crackle of electronics.

The strings are melancholic as they float over the strummed guitar and vocal melodies (including vocals from Shelley Jane Newman of Mighty Kids and Sex Jokes) on ‘The Moment’s Gone’, which embeds the tone of the record.

Appendix is, as much as it is the solo work of Machin, the sum of its collaboration parts for which Machin has again gathered a dream-team of kindred spirits from the surrounding Derbyshire area to bring new depth to his dream-pop manifesto.

Initially conceived as a piano-only record, Appendix soon grew into something else, and something much bigger. Previous collaborator, the TV and film composer Richard J. Birkin came on board to compose and conduct the string arrangements that underpin the record, adding a new layer of orchestral beauty to Machin’s work.

The brilliant Haiku Salut are also back, littered throughout the record on accordion, trumpet, vibraphone and vocals bringing their unique approach to the mix.

Offering vocals to the brilliant single ‘Don’t Do It To Yourself’ is Danielle Cotterill from garage punk band Pet Crow, who with echoed, almost whispered vocals packs as much punch as in her punk guise, showing her range.

All in all, these elements, conducted by Machin produce a beguiling whole that is wonderfully, and epically, cinematic in scope. This is an album that could soundtrack the best tragic love story on screen. In fact, it has already featured in Machin’s own short film offering Fleeting.

The album feels like a complete work, each song flowing into the next. But standouts include ‘Trawpse’ which leads in with a collapsing of piano keys into a string-buoyed waltz that could be a lost Sufjan Stevens classic. At over eight minutes in length it loses none of its appeal, despite spending the last few minutes slowly fading away into nothing.

‘A Tether’ is a dream-pop wonder that sounds like an echo from an ancient time crackling through the modern radio waves. It is immersive, completely, without leading you to anything but contentment before the surprise ending explodes in a burst of traditional fiddle as could be imagined being from a by-gone Irish pub.

‘Apicity’ is one of the most interesting compositions released this year. The opening clarinet notes are foreboding, but intriguing it builds into an epic, uplifting, cinematic mix of big drums and strings. It ends with the same otherworldly clarinet and echoes out.

This album brings together the best of Grawl!x with added ambition. It does lack the explorations in electronica and techno heard on second album Aye!, and while it would have been welcomed here, it is easy to see that this would have hindered the overall feel of the record. Everything on a Grawl!x album feels perfectly in place and perfectly in balance, and this is most obvious on Appendix.

Appendix feels like another new excursion in the Grawl!x catalogue whilst retaining the distinct, familiar sound Machin has created. The fractured but optimistic dream-pop of debut Good Grief and the jubilant air of second release Aye! is both present but condensed and forged into the sound of utter contentment. For an album trilogy about death and grief this feels like the stage of acceptance, of contentment of fate. 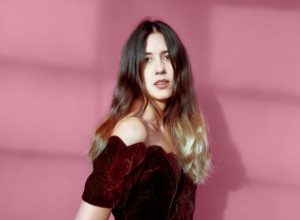 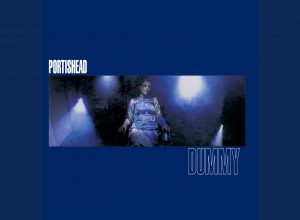