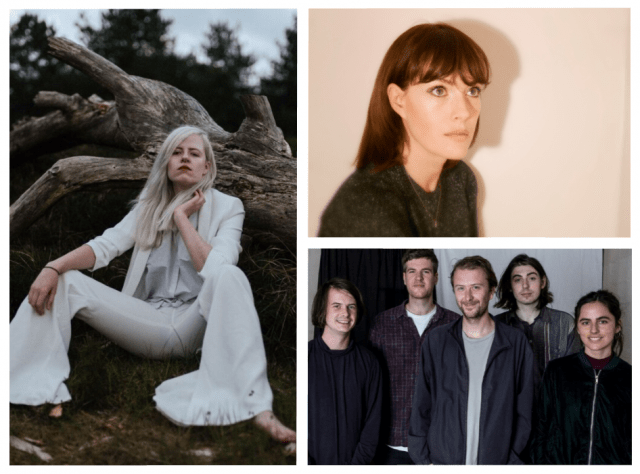 Derbyshire based festival Indietracks, nestled in the hills of the county and set on a steam railway museum, has long been a Mecca for fans of indie pop. If the twee end of the indie spectrum is your thing then this is the perfect event.

Yesterdays line-up announcement confirms that 2018 is, arguably, the festival’s strongest line-up to date. It is packed with must-see acts, stretching the ‘indie pop’ label as far as possible.

Welsh pop maverick Gwenno has joined the bill with excellent shoegaze-influenced artist Amber Arcades, Colour Me Wednesday, Tigercats, Tinsel Heart and Spinning Coin among the 24 artists added to the line-up.

As a singular announcement in itself this would make Indietracks a hot ticket but the existing line-up already reads like a must-see list of the best of recent indie bands. Indie stalwarts British Sea Power are the biggest act on the bill but they are joined by alt-rock duo Honeyblood, eccentric punk two-piece The Lovely Eggs, the truly wonderful and esoteric Girl Ray, grunge pop newcomers Dream Wife, Rock Action signings Sacred Paws and festival mainstay Darren Hayman.

Every corner of the festival is packed with incredible acts. Ahead of their stunning third album, and off the back of last years Lamp Show tour and performing with Public Service Broadcasting Haiku Salut bring their collision of folk, classical indie and electronica to the festival once more.

The Smittens will bring their twee summery, vocal-harmony-driven indie-pop to the stage and the new band of former Suggested Friends, Joanna Gruesome and Actual Crime members, Cat Apostrophe, will also be worth attending.

This is really only just scratching the surface of one of the summers best line-ups, but it’s not just the music that makes Indietracks an annual favourite. Few festivals have its community feel and based on the Midlands Railway Museum (with stages in the old Engine Shed, the quaint wooden church, and on the trains themselves) it feels like a village fete from a forgotten time. Steam train rides comes as standard.

Now in its eleventh year, Indietracks has pulled out an essential line-up not to be missed.