The potential horror of our relationship to scientific advancement and technology has long been a rich source of information for the fright-inducing genre. Bodies draws on this packing it with modern day stresses like financial worries to create a relatable horror that draws on out-of-the-ordinary and everyday fears in equal measure.

A husband and wife duo sign up to a behavioural experiment to solve their financial woes. At the state-of-the-art medical facility, they take part in a series of tasks that get more and more sinister. Before long all they need to worry about is getting out alive.

Before the film’s European premiere at Derby Film Festival on Friday 4th May, we spoke to two of the stars Lisa Ronaghan (know for her roles in Humans and Grantchester) and Joseph Baker (who also took writing duties for Bodies) about this dark delve into medical research.

How did you get involved with the project?

Lisa Ronaghan: A number of months prior to the casting call for Bodies, I was involved in a table read for a brilliant TV pilot that Joe had written. The writing was complex, funny and really engaging. So, when Tom got in touch regarding casting, and mentioned that Joe was starring and had written the film, I was instantly interested. Then from that point I got involved the good old-fashioned way, by auditioning, and happily, they wanted to work with me.

Joseph Baker: I was brought on board as both a writer and actor, probably to save money – two for the price of one and all that (joke). I already had a good working relationship with the producers and director and this was a project that definitely suited my dark sensibilities, so I guess I was a natural fit.

What makes humanity’s relationship with scientific research such a rich seam for horror movies?

LR: Scientific research seems to be a key element in a number of sci-fi horrors, and I think it’s because the antagonists tend to get so swept up in their experiments and goals, that they surpass the realms of what is acceptable in the rules of society, or even the basic code of being a decent human being. This makes for a lot of challenges for our protagonists and very entertaining viewing.

JB: Scientific research is all about breakthrough and discovery, whatever that may be. The uncertainty about what barriers are going to be broken and what could be discovered is unnerving and unsettling. If scientific research is applied nefariously, then the possibilities for horrific outcomes are virtually limitless… And nobody wants to be the lab rat. 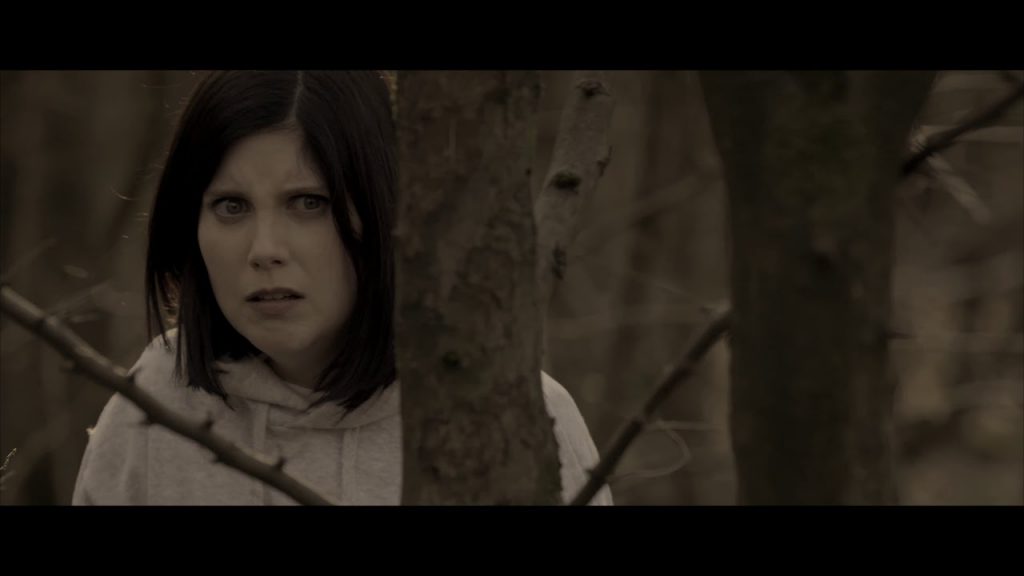 Do you feel this style of horror is more unnerving than supernatural genres because of its ‘could happen to me’ element?

LR: Definitely. Putting yourself into an environment that you perhaps wouldn’t normally in order to survive financially, is something most people could relate to. You go against your gut and tell yourself it’s alright, because there is a ‘prize’ that will solve your problems. Things in this movie just don’t quite add up for Rosie and Ben, they at times seem a little off, but they continue to venture on due to their overriding goal of financial security.

I think films set in the distant future, an alternate but none too dissimilar one or with technology in-line with what we currently have, create buyable and relatable settings. Pair that with experimentation and pushing the boundaries of morality, and it makes for a world of possible dark avenues to explore. I think it’s a scarier viewing experience when a character exposes their depths of depravity and we see the sinister acts they are willing to inflict on others, it’s even more frightening when you can empathise with why they’re doing it. If this character is based in a village, town or city and not some far off galaxy, we can relate to that environment and think, someone like this could be living near me right now. The mind wanders, or mine certainly does, and that’s what makes it chilling.

JB: We have tried to ground every scene in an emotional reality as the characters are subjected to increasingly sinister and horrifying scenarios and forced to make terrifying choices. Everyone can relate to the idea of having to make difficult life choices, even though for most of us (hopefully), these choices will not become a matter of life and death as they do for the characters in the film.  The audience will be unnerved as they are forced to contemplate what they would do and how they would behave in such extreme situations.

Did you draw on any inspirations for your work on Bodies?

LR: At the time of prepping, I’d watched quite a lot of Black Mirror, and had recently seen The Thing and The Lobster. Each have a sense of a tight community, where things are perhaps not quite what they seem, shot pretty much in one location. They all had a bit of an influence on me in terms of the world we were looking to create and the main characters’ need to survive.

JB: I didn’t realise it at the time I was writing the script, but in hindsight Black Mirror was clearly a big influence.

Would you say a big part of the horror in Bodies is the loss of control of your destiny? Suddenly finding yourself in a fight for life?

LR: Most of the film questions freewill and the freedom, or lack thereof, of choice. Standing up to a perceived authority if you think something is truly wrong and trying to stick by your moral compass when the alternative seems bleak. There is a constant battle, especially for Ben, of wanting to do the right thing, questioning the environment they find themselves in and how important the money is when they have each other. Survival mode kicks in, but is it too late, and at what cost?

JB: Absolutely, the film explores issues around the loss of control, destiny and identity and the inherent fear that goes along with that. Much of the horror derives from exploring our innate need to survive and just how far we would go to ensure the survival of those we love.

How do you feel about the attention from film festivals?

LR: After having the World Premiere at The Austin Film Festival, and then being accepted to several other fantastic ones, I think it’s wonderful that audiences around the world are getting to see our story. The film has a very universal quality.  It addresses the human condition, an example of that is in the relationship between Rosie and Ben, they truly love one another and each blame themselves for the financial situation they’re in, which pushes them to continue in the experiment. They are tested physically and mentally at Kenilworth. Plus, there’s a brilliant turning point two thirds through, which I won’t say, but when I first read the script, I gasped and couldn’t put it down until I got to the end! That’s why I think the film will be enjoyed by audiences around the world.

JB: Festival selection gives the film a stamp of validation and getting to see the film with different audiences around the world (and talking to them afterwards) is always exciting. We were shortlisted for an award at the Austin Film Festival in October 2017 which was great. There was a late Saturday night Halloween screening over there (with a Q&A) which we had pessimistically assumed no one would attend, but the hardcore sci-fi and horror fans came out in force and bloody loved it!

What do you want audiences to take away from watching the movie?

LR: I’d like to think the audience will have gone on a real journey with Ben and Rosie. Learning about the facility and its demands as they do. Perhaps questioning the morality of psychological testing and how experiments are conducted today.

JB: We all think we know what choices we would make in certain extreme situations. I hope audiences go away from this film and realise that until they are actually faced with the reality, they probably haven’t got a clue. Hopefully, at the very least, it will spark some interesting and outlandish hypothetical “What would you do if” conversations.

Is there anything else on at Derby Film Festival that you recommend?

LR: I haven’t seen any of the new films being screened at the festival, however, I’m really interested in watching Images of Apartheid and in complete contrast, Borley Rectory looks really fun.

JB: I haven’t seen any of the films yet, but I’m really looking forward to Attack Of The Adult Babies. The title alone is enough!

Bodies gets its European premiere at Derby Film Festival on Friday 4th May at  13:35pm