Derby Film Festival’s ‘ParaCinema’ programme set about shining a light into the dark corners of the cinematic universe. It was inevitable that Calum Waddell’s fascinating new documentary Images of Apartheid would be a central building block to those events.

This movie delves into the largely unknown world of Apartheid, South African B-movies (largely focusing on black cinema) and how the climate of the times created the cinematic identity of the nation. These movies from Zulu language spaghetti westerns to low-budget horror or gangster movies come from a climate and cultural backdrop that western audiences don’t really understand.

And it is this fact that makes Waddell’s documentary such an interesting and vital addition to film knowledge. Although cult movies are always fascinating with the historical context of the deplorable apartheid regime (one that still sits in collective memory) there is so much more to this story.

Focussing largely on the input of talking-heads (prominent players in the industry, historians and other film experts) the standard historical information is embellished and contextualised with personal memories, anecdotes and thoughts that unravel a history that takes some believing for Western sensibilities.

There is much here to shock and intrigue, from the defrauding of government subsidies to the insidious propaganda exploits of the state both domestically and overseas, but it is not all about the negativity. Waddell has tied together a narrative that also shines a light on the boundless creativity, hope and race-unifying aspects of this wonderful, unique period of film history.

By all means this is not a “perfect” documentary. The over-use of talking heads does significantly reduce the amount of time devoted to clips from the movies in questions, which really are the gems in the crown, and there is a strange fluctuation in the quality of the footage of interviews, but all in all these are minor niggles about a massively worthwhile film.

Images of Apartheid opens a door to an area of cinema that the majority of people will not be aware of and that makes it special. 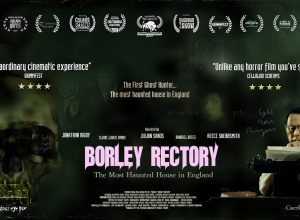