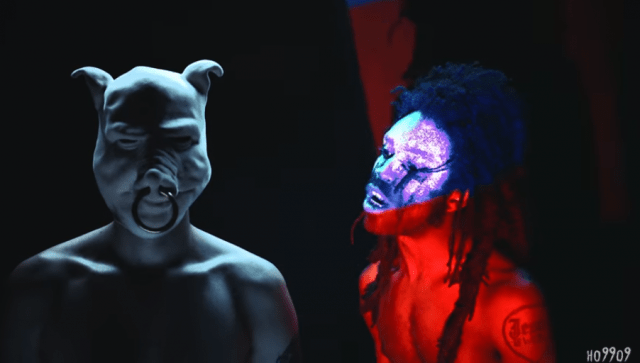 Many things have been getting in the way of getting this latest Bloop list published. Easter’s chocolate overdose being one.

Also, the majority of our new music focus has been in preparation for Tallinn Music Week, which has uncovered weird aural excursions into wrong-pop, experimental folk and horror techno that we’ll be sharing after the event.

In the meantime, here are some of the tunes that has managed to seep through our listening to the Estonian underground:

Shoegaze is quintessentially British, but when the influences of other environs seep into the mix, something interesting invariably happens. Modern Time Machines shines some California sun down on the swathes of classic guitar noise. ‘Freefall (Can’t Stop)’ merges breathy girl/boy vocal harmonies and feedback-laced guitar chimes. It sounds tracks love to the sound of classic 90s shoegaze.

XamVolo’s neo-soul sound is gaining interest across different facets of the music press, no one quite being able to pinpoint his sound. ‘Dark Teeth’ plays with the kind of Afrofuturism that Thundercat has been slaying with recently but has the smooth vibes of D’Angelo. It’s funky, slick and a bit disjointed, but all in a good way.

If you’re looking for past aural gems from the corners of the globe Soundway and Sofrito are two go-to labels. So the prospect of a sought-after Soundway 12” getting a reworking from Sofrito’s Frankie Francis is going to be essential. This remix of Nigerian disco-boogie king Steve Monite’s hit ‘Only You’ (featured on Soundway’s excellent Doing It In Lagos compilation, ramps up the disco vibes and is becoming a firm favourite on dancefloors.

NAMOSH makes funk for the future. Most specifically the idea of the future someone in 1986 would have. Taken from the forthcoming album Muscle Music, ‘Soul Survivor’ connects electro beats and synth stabs with a fraught 80s chart soul vocal. This track is the new soul sound of 86, produced for the now.

This next cut is funk from the past that still sounds a bit like the future. Discovered by Stones Throw founder Peanut Butter Wolf during a crate-digging session, underground funk musician Prophet’s music blew his mind. He sounded like Prince and The Time, but a lo-fi bedroom produced version. Until now he only had one album to his name 1984’s private press Right On Time, but now is about to drop Wanna Be Your Man on Stones Throw. ‘Insanity’ is the first taste from the album and is a quirky, idiosyncratic slice of Afrofuturist funk.

Montreal’s Tess Roby has forged a new record from the emotions surrounding the death of her father and time spent in Lancashire, where her family often visited. ‘Catalyst’ captures a sense of melancholy and the rolling hills of the English North through crystalline electronics.

Just as I was thinking “it’s a shame Cocteau Twins won’t be making more music’ along comes Girls Names’ new one ‘25’ which digs the esoteric, dream-pop furrow of the Cocteau’s with some added House of Love indie echoes. The cascading piano is both beautiful and foreboding.

You Are Wolf – Breathe In Breathe Out

This alt-folk project from award-winning composer and vocalist Kerry Andrew (now joined by multi-instrumentalist Sam Hall and percussionist Peter Ashwell) has a new album exploring old Northern English word KELD or “the deep, still, smooth part of a river”. Inspired by waterways folklore of old You Are Wolf dips into neo classical, leftfield pop and electronica influences to create a beguiling alt-folk sound. Take new song ‘Breathe In Breathe Out’ as a case in point.

The mutated bombast of hip hop/hardcore punk group Ho99o9 is one of the most viscerally exciting live acts we’ve seen in the last few years. On record the horror never quite unfolds like it does on stage, but that doesn’t make it any less vital. ‘[STREET POWER]’ is a John Carpenter meets ONYX meets Black Flag blast depicting violence on the streets.

New to Sub Pop, a phrase that almost certainly means the music will warrant further attention, is Loma. Shearwater’s Jonathan Meiburg has joined forces with duo Cross Record for a new mesmerising take on slowcore. ‘Dark Oscillations’ merges crackled electronics and ominous oboe into the mix to produce a ethereal sound that could be an off-cut from Portishead’s album Third.

The Coathangers – Getting’ Mad and Pumpin’ Iron

Every now and again, you have to admit you’ve missed a great band! The Coathangers have been around thirteen years and have five albums and loads of singles, splits and EPs. New single ‘Getting’ Mad and Pumpin’ Iron’ is a solid introduction. It’s a turbulent and frenetic slice of garage-punk that has lyrics about smashing your face in. It’s rowdy and rambunctious in the way the best rock n roll always is.