This is the first new music list to appear as the site goes live. Everything on the site so far has been so underground that no one has read it.

What does this mean? Probably nothing. This is another list of new music that has caught Bloop’s attention over the last seven days, that’s it, a simple premise.

Belfast duo Bicep released possibly the best-realised dance record of 2017, channelling the history of club music including house, garage, ambient and breakbeat. How could it get any better? Let Four Tet (aka Kieran Hebden) take a remix swipe at it! His subtle rhythmic tweaks, tender textures and melodies has given the original space to breath, and the result is mesmerising.

Don’t let the cocky band-name put you off, this Swedish dreampop outfit are pretty good! ‘Rewind’ is a dreamy, pop soundscape that just sounds Scandinavian (you know breathy, otherworldly vocals and chiming guitars) and is great to lose yourself in. Album In Transit is due in April on Partisan Records.

Madrid producer Bawrut has been tearing up dancefloors for the last few years and turning the heads of people like Leftfield and Andrew Weatherall. The momentum is slowing in 2018 with the incredible 4×4 EP bringing a whole new depth to his leftfield, acid bangers. Lead track ‘Three Sounds’ is a peak time, jacking techno monster built on the minimal elements. An absolute must!

Belgian punk trio couldn’t sound any more like Dinosaur Jr. if they tried! Not that it’s a problem, ‘Mercury’ is like Dinosaur Jr. at their best and most free. They have a load of 80s and 90s influences but, yeah, this just sounds like one awesome old band!

Nandi Rose Plunkett aka Half Waif has shared the second new track from forthcoming album Lavender and it’s another emotional, avant-pop gem.

This is the sound of springtime, distilled. Cut Worm’s shimmering pop crackles with the heat of nostalgia. On ‘Don’t Want To Say Good-Bye’ weaves a golden narrative with a distinct Everly Brothers’ influence and the naivety of youth and it’s wonderfully reassuring.

Wye Oak – The Louder I Call, The Faster It Runs

Ahead of the new album (due out in April) new Wye Oak is doing the rounds and so far it does not disappoint. Title track ‘The Louder I Call, The Faster Runs’ sounds like a deconstructed Fleetwood Mac give a synth-pop reworking. The jubilant synths and screeched guitars make for an exciting mix – bring on the album!

The new tune from Manchester lot The Maple State is pretty much a ‘Winner’ – see what I did there? It’s driving indie-rock is reassuringly predictable. New album The Things I Heard At The Party drops on 23rd March and we’d expect more of the same.

Nothing has improved with the situation of government solution since The Fugs released their classic protest song ‘CIA Man’ back in 1965. In fact, the US now has the NSA – which is worse. Snapped Ankles have updated the tune into a hypnotic slice of death-disco with updated lyrics about how we can’t do anything without ‘The Man’ knowing. Scary stuff.

New Full Time Hobby signings The Saxophones recording there new album on a boat in San Francisco Bay, taking inspiration from 1950s exotica, Hawaiian albums and Italian outside songwriter Vittorio Impiglia. The first to be shared ‘ Picture’ sounds like all this, a swaying, dark that would perfectly soundtrack a Lynchian love scene.

The follow-up to Jon Hopkin’s Immunity album is coming in May. The first track to be shared from it is ‘Emerald Rush’ and, basically, it’s as good as you’d expect.

If there’s one thing to be said about Beach House, it’s they know how to sound like Beach House. Even when they are experimenting with added tension and synth-stabs they still retain the ethereal core of there sound. And that’s what ‘Dive’ is – more new but old Beach House.

Yuno – No Going Back

Sub Pop actually have a great tradition of ‘pop’ from The Postal Service to the The Shins – sunshine, credible pop music is on their new century DNA. Pop RnB wunderkind Yuno fits right into this tradition taking elements of the two bands mentioned previously and melding it into chart-friendly pop. ‘No Going Back’ is a feel good hit that indie-snobs can admit to liking.

Yesterday was International Women’s Day, and you might be in need of some uncompromising, raw punk in the riot grrl spirit! If you are, look no further than Cold Meat. Their riffs are scuzzy, the vocals are powerful and their humour is crass (the latest 7” is called Pork Sword Fever). ‘Maternity Stomp’ is their spit and vitriol meditation on motherhood. Perfect! 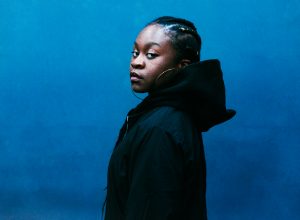