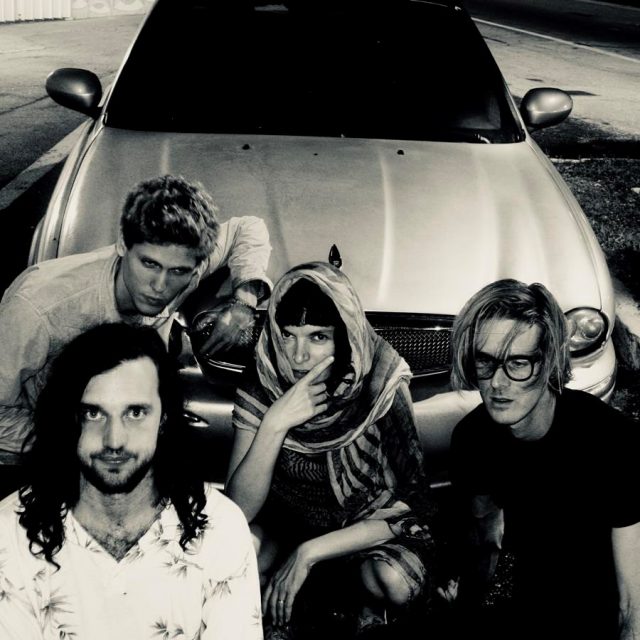 Are we in the middle of a new cold war? Is that what’s happening? This has nothing to do with new music or this list but it’s on my mind and you have to open these columns with something – right?

Forget about all that and check out the best musical bits that have surfaced for Bloop this week:

The By Gods – Wait Up

Nashville trio The By Gods do a fine line in infectious garage pop. ‘Wait Up’ is another homage to the poppier end of 90s alt-rock with chugging, understated guitars and playful melodies.

Michael Aston’s new electronic-pop project Knightstown keeps producing downtempo gems. New cut ‘Keep’ is the title track of the Keep EP out on FatCat Records on 23rd March. This music is influenced by leftfield, electronic contemporaries but inhabits the wider world of pop.

Mary Lattimore – Hello From the Edge of the Earth

If the serene ambiance of the Penguin Café Orchestra warms your soul, the work of LA-based harpist Mary Lattimore is you new medicine. The first glimpse of new album Hundreds of Days, is a lush reflection on Lattimore’s fascination with the natural world.

The latest addition to Flying Lotus’ Brainfeeder family is producer Felix Clary Weatherall under his Ross From Friends alias. He brings a cut and paste aesthetic to creating his dancefloor tracks. First offering ‘John Cage’ is experimental with a sense of fun and adds another great tune to the Brainfeeder lineage.

New Mute signing Daniel Blumberg is readying his debut album for May. Weaving in and out of aspects of the London music scene for many years the first tune ‘Minus’ shows an artist forging his own voice. The tune is haunting, with melancholy flowing throughout.

Deconstructed acid house banger ‘Less and Less’ is Project Pablo’s entrance into Technicolor’s immense roster. Transformed into immersive techno with the synth squelches in tact it’s minimal and massive all at once. The EP There’s Always More At The Store drops April with more of the same.

A tale of post-recession Ireland told through the medium of jubilant, indie-rock ‘Puppets’ is the latest precursor to Pillow Queen’s forthcoming State of The State EP. If you want catchy melodies and rambunctious riffs, with a dark undercurrent get on this!

French producer enlists the vocal duties of Praa on his latest synth-pop experiment. A mesh of analogue and digital, ‘Alliance’ sounds austere but with the warm of the sunniest pop tunes.

Manchester sonic alchemists The Longcut return after seven years with ‘Arrows’. It’s a big returning statement – a lush indie track brutally beaten by aggravated beats. It’s Kid A era Radiohead from the Manchester scene instead of the spires of Oxford.

This is a collaboration that just makes sense! Combining the best elements of both and combining their shared love of African-influenced sounds, 70’s prog and fuzzy rock ‘Loop’ shows the forthcoming album will be something special.

Sometimes you just need your rock music to be dumb and aggressive. ‘Power Bomb Baby’ is that – really simple, really powerful and really in your face. Jagged guitars, crushing riffs and shouted vocals – that’s it, really!

Donzii condense post-punk, no wave history into their tunes. ‘Mines’ has the angular funk backbeats of Gang of Four or ESG, the discordance of Delta 5, the vocal nonchalance of the Slits and the dark, dub echoes of Adrian Sherwood’s On-U Sound label. It’s danceable but disturbing.