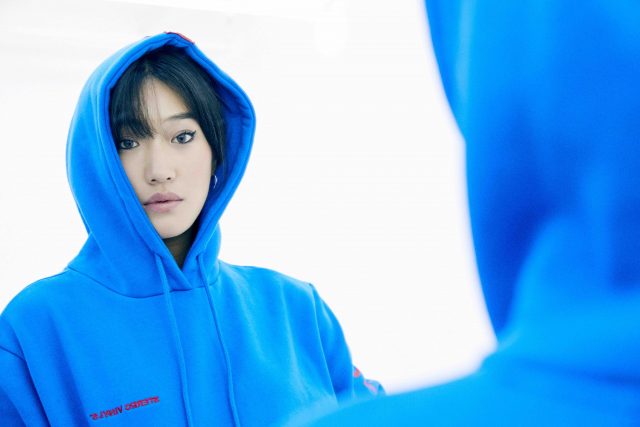 Bloop is drowning under a literal tidal flow of incredible new music each week.This new weekly list will highlight the pick of this musical flow.

Peter Spears of Brooklyn psych band Psymon Spine has morphed into glitch-pop persona Spaer, announcing his debut record SPAER Vol.1 due on April 13th via Axis Mundi Records. First cut ‘For You’ is sad boy indie music getting a kicking from glitches, skull-rattling bass and disjointed beats. It’s soothing and challenging all at the same time.

Ever since the Beats In Space came to our attention, everything about the label’s output has seeped into our consciousness. This latest from Eddie Ruscha (leaving the Secret Circuit guise behind) is taken from new album Who Are You out today. ‘Carried Away’ is a perfect introduction to the free-form, transcendental wonders of the album which blends cutting-edge electronica with vintage analogue musings creating a romantic, serene electronic cut.

Taking obvious cues from Bonobo and Mount Kimbie, upcoming electronic producer Henry Green forges music more for sunsets than dark clubs. There’s a sense of space and natural atmosphere in this chill-out beats. ‘Another Light’ is perfect blissed out electronic to sink into.

Grawl!x – Don’t Do It To Yourself

After experimenting with electronica on second album Aye! James Machin has built a work of orchestral wonder to boost his subtle dream-pop for third album Appendix due in April. Recruiting an array of fine Derbyshire-based talent (including arrangements from Richard Birkin and additions from Haiku Salut) this is an album where others have added to the established Grawl!x sound. On ‘Don’t Do It To Yourself’ Danielle Cotteril of excellent punk band Pet Crow offers beautiful guest vocals that dance and weave with Machin’s own. This is a great moment from a great album.

Skating Polly – Queen For A Day

OK, there’s not much new about Skating Polly’s post-grunge schtick but they are so damn enjoyable! A young band for who Hole or Verruca Salt and not the Spice Girls were their girl power heroes, they just get tighter and better with each release. ‘Queen For The Day’ enlists Exene Cervenka of LA legends X as a guest – that’s pretty incredible! Don’t over think it, this is great.

This Austin-based gang Holy Wave must have spent years in a cloud of pop-smoke assimilating the sounds of the Nuggets compilation and innumerable popsike compilations. ‘Adult Fear’ places them as classic garage-psych band preparing for a summer of love gathering. The slacker organ and big pop melodies creates a sepia-toned, sun-drenched haze to lose yourself in.

They hype is definitely a bit much, but there is something exciting about Shame’s confrontational rock n roll. ‘Lampoon’ is another frenetic slice of post-punk. Maybe, do believe the hype?

Peggy Gou is a fucking maverick! You quite literally never know what to expect from the Ninja Tune signing. Here she comes with a stone-cold classic homage to 80s and 90s electro music like DMX Krew. It’s from the awesome new EP Once which drops today and is essential.