A stark contrast to the stereotypical blazing sunshine and beer-in-fields impression of music festivals, Rockaway Beach occurs in the first few weeks of January, in an out-of-season Butlin’s in the bleak seaside town of Bognor Regis.

The Red Coats and family holiday goers are replaced by an army of avid music fans, who are passionate about seeing the best music. A surreal world of closed down go-kart tracks and lairy arcade machines is offset by performances by the likes of Jesus and Mary Chain and John Cale at Rockaway Beach 2020, it’s Billy Butlin’s vision warped into something confusing but somehow reassuring during the festive come-down.

It’s a huge contradiction. Even the typical view from outside the Rockaway bubble often does the festival a disservice. “Old people watching old bands” is the impression – and while this holds some weight, it reduces the impact that the festival and its audience have on new bands.

Playing in the smaller Reds venue on an afternoon has become a right of passage for new acts who regularly find themselves with their most receptive ever crowds in attendance.

And while the big, classic headliners bring in the punters it is in this new band arena that Rockaway really excels. In 2019, we witnessed Squid, arguably one of the most exciting UK bands in years, play a 12pm slot to a stunned crowd and Rockaway Beach 2020 also provided several of these moments.

These are the discoveries from Rockaway Beach you need in your life:

One of a spate of new rock acts that side-step classification and embrace complexity as a matter of course, Black Country, New Road finds energy in exploring sound, not presenting swagger. This is the exciting new sound of 2020, digging the past and fucking with it.

Taking to the main stage first on Friday, they delivered a performance of wonderfully restrained ferocity.

Off-kilter, weird and willing to let the music be the driving force at their most vital they reach truly epic heights and at their most considered, beautiful moments of contemplation.

The avant-garde is nothing to be scared of and this band is essential.

Having somehow missed them for the past few years, Our Girl proved us stupid for doing so. The other project of The Big Moon’s Soph Nathan, this trio stay firmly in the indie-rock realm while her bigger act begins to dabble in glistening pop.

Their music is, for the most part, fairly standard indie-rock fare but in brief, moments, especially when playing live, kinetic beats and surging guitar suggest there is something far greater at work. If The Big Moon’s soft-edges don’t do it for you and you crave their melodic nouse with a harder indie sheen, Our Girl is perfect.

Hull reprobates Life has been a “hype” band for a few years now, but, based on their set in Reds, they are now becoming one of the best rock n roll bands in the UK! Their post-punk blasts don’t break the mould, but as performance is pure rock n roll in the classic sense. Pure energy!

Frontman Mez, a gangly blend of Jarvis Cocker and Mark E Smith, spits cryptic lyrics, goads the crowd and spouts poetic nonsense in between songs – he is the quintessential rock n roll frontman, in that nothing is predictable. As he rides a crowd members shoulders during closer ‘Popular Music’ the energy in the room could power the National Grid.

But he isn’t the focal point, each member sweats for these songs, playing with perfect conviction. This is rock music that means something, and even if it didn’t, in the live arena it is a fucking blast.

Bubbling away in their native Wales for several years, now is Adwaith’s time to take their place as one of the UK’s most vital new acts. Recipients of 2019’s Welsh Music Prize, this “post-punk girl group” peddle wonderful, personal lo-fi guitar pop. Their true power lies in their crossover appeal, obviously beguiling for both indie and pop fans.

Their short Rockaway set is perfectly executed and proves all the hype right.

The Sweet Release of Death

Something special occurred for a Dutch noise-pop band in Reds, with a 4pm slot they drew one of the largest crowds of the weekend, impressed everyone, sold out of merchandise and left with a new UK fanbase. This is the power of Rockaway Beach’s open-minded crowd.

It’s not hard to see why they achieved this! Playing off the back of a stunning latest album The Blissful Joy of Living, the three-piece deliver intricate, strangely danceable tunes built on guitar scrawls and textures and spacious, funky beats. For anyone lifted by the rousing energy of Sonic Youth, this could be a new favourite band.

Sweet Release of Death is proof that rock can be violent but still beautiful, and they are an essential live band.

This bad at not a lot of things – they are not a dreamy singer-songwriter (as the name might suggest), nor are they the twee throwbacks that a cursory listen might suggest. Sure, their brand of indie-pop does “twee” very nicely. They pack in jangly guitars and vocal harmonies across everything they do, but further examination uncovers so much more.

Slacker rock, noise-pop, surf rock, full-on shoegaze? Yeah, it’s all there, and as they play live in Reds all these elements dance for attention creating something visceral and unmissable. It takes an exceptionally tight band to condense this amount of ideas into a seamless sound.

When they let rip on the last two songs, they create the “biggest” sound of the weekend, a sound that feels like it could combust at any moment but is kept under control.

There’s a reason Sub Pop have jumped on signing this lot. Everyone stood, stunned, wanting more and not knowing exactly why! Trupa Trupa is special.

The fact that Rebecca Lucy Taylor, in her Self Esteem guise isn’t a huge mainstream pop success is one of the biggest musical travesties of the past few years. Her debut album from last year No Compliments, Please is a solid, feminist pop masterpiece packed with personal, deep songs.

Backed by two dancers, a drummer and a backing track you’d think that Rockaway (with many of its attendee’s espousal of “real” music – with instruments and stuff) would fall flat. But, following a shaky start soundwise, this was an obvious highlight.

Taylor commands the stage with a no-fucks-given attitude, an exceptional voice and brilliant songs. She deals with hecklers, makes light of her own position and generally walks the stage like someone who is out to have and say their piece, regardless of consequences. Self Esteem is what pop needs right now. 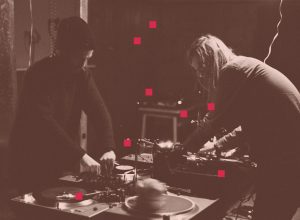