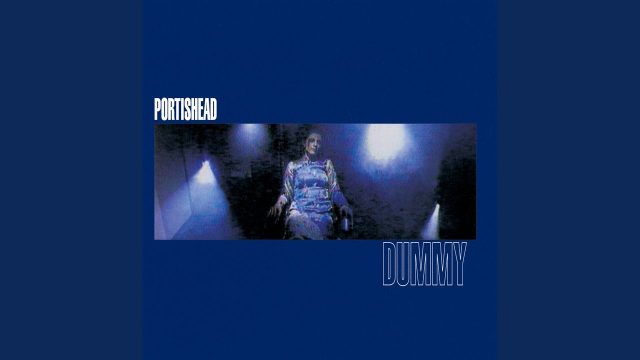 In 1994, in the midst of the Britpop knees-up and the explosion of Oasis, painting a picture of Britain full of swagger, optimism and lager, the real game-changer came from Bristol. Dummy by Portishead.

On 22nd August 1994, Portishead released Dummy, a sonic work of genius evoking the darker underbelly of Britain and crafting a genre all of its own. Lumped into the ‘trip hop’ scene it never fit in with anything at the time or anything since.

As a grunge and indie loving 12-year-old, Dummy changed everything. It was something I had never heard before and drew me in completely. No one at school spoke about the album, and it felt like a personal experience. Sat at home, losing myself in the wall of sound, opening up a history of music I had no clue about.

While finding common ground with fellow Bristol trailblazers Massive Attack, instead of redefining music from a history of sound systems, dub, RnB and early hip hop, Portishead creating something from a very different cultural past.

Dummy took traditions of folk, laid back jazz, the cinematic scores of John Barry, film noir, and dub, fusing it all with emerging sounds like drum and bass.

While Britpop mined old culture, often as a pastiche, in reality bringing nothing new to the table, Portishead’s retro vibes framed the past as something that could influence the future. Dummy still sounds as fresh as it did 25 years ago.

Much like the big cinematic hit of that year, Quentin Tarantino’s Pulp Fiction, Dummy didn’t just pay homage to what they loved, it gave it new life, providing new audiences a way into exploring largely forgotten culture.

This is even true when they lift samples directly from old records, such as Isaac Hayes ‘Ike’s Rap II’ on Glorybox, or War’s ‘Magic Mountain’ on ‘Wandering Star’. In the hands of Portishead, these samples sound like they were always created to be part of their music.

The cinematic air of the album is clearly intentional. It’s ready-made aesthetic tying closely in with To Kill A Dead Man short film that the band made a few years before that has scored them a record deal with Go Beat. Portishead had created their own unique visual world.

And the music that soundtracks that world is something special. The composition and instrumentation forged by Geoff Barrow and Adrian Utley acts as a perfect foil to Beth Gibbon’s utterly unique vocals.

The sound of emotion more powerful than the person feeling them, Gibbons’ delivers the sound of a jazz singer from another realm. To this day, her voice has the power to stop me in my tracks, to lift me up or to utterly destroy me.

On release, and to this day, the album is hit with labels like “dinner party music” and “downbeat” but this is reductive and downplays the depth and variety across the record. Take the optimistic ‘It Could Be Sweet’ with its sunny organ and drum and bass beats, probably the closest they come to the Massive Attack sound, as an example of a track that doesn’t fit the “sad” tag the album gets.

True, this track and the rest of the record did spawn the trip-hop cash in with acts like Lamb, Morcheeba and Zero 7 all benefitting from the new era it had heralded, but none of these acts would come close to the innovation and complexity of Dummy.

Dummy is also one of those rare experimental albums with huge mainstream crossover appeal. ‘Glory Box’ reached number 13 in the singles chart and the album had shifted 3.6 million copies worldwide by 2008. Receiving the 1994 Mercury Music Prize, cemented the fact that not only had Portishead released a gamechanger, but they had also shifted things with such skill that it appealed en masse.

25 years on, playing Dummy is as exciting and fresh as it was in 1994 – an immersive, emotive, surprising work of genius that really did shift music culture in ways we are still feeling today.

Bear in mind that it is, arguably, not even Portishead’s best album when considering just how important this band and this music is.