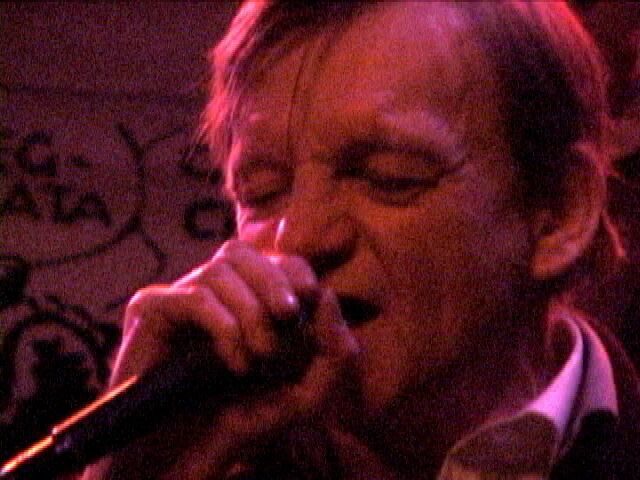 Keiron Melling was the drummer in the final line-up of The Fall after ten years working with legendary front-man Mark E. Smith. Following his passing Melling shares some stories and insights into working with the enigma.

Mark E. Smith was the very definition of an ‘enigma’. Part of his appeal lay in his ability to stay out of the realms of understanding.

He is a myth, a caricature and an idea as much as a man but underneath the hyperbole lay a ‘normal’ bloke with relationships and friends, as difficult as they may seem to have been!

On his recent passing The Fall leader remained a mystery! How was it to work with the volatile genius? The stories tell a story of control, manipulation and testing boundaries that forced 66 members through the ranks in 41 years! Band life it would seem was a combustible as the music Smith created.

Keiron Melling is one of those many members acting the band’s drummer for a staggering 10 -years (most band members lasted a year or less). In the days following Smith’s death I grabbed a short chat with the drummer to get some personal insight into the band and their legendary frontman.

What did the Fall mean to you before you joined?

I’d never heard of The Fall before joining but had played a version of ‘Mr Pharmacist’ with a rockabilly band from Colne called Walter Mitty’s Head.

How did Mark ask you to be in the band?

In 2006 Dave Spurr (bassist) asked me to stand in for a gig in Dublin. I was given three days to learn 12 songs then I met Mark for the first time at the airport. After a couple of gigs or so he asked me to get myself over to Dusseldorf in Germany to record Imperial Wax Solvent.  I’ve been doing it ever since.

What is the ‘real’ Mark E Smith like – the same as the myth?

Mark was the real deal. There’s no going home after a tour and putting his slippers on to watch countdown. He joked about how he can clear a room in 10 minutes but it’s true!  I’ve seen it with my own eyes. There’s some great footage of him doing some guest vocals in the studio for the Mutation album. He was the outsider coming in a studio full of heavy metal musicians but had full control as soon as he walked in. Check it out on YouTube!

What is your fondest memory of Mark?

Sitting in a hotel room after a show belly laughing at Mark. He’s probably the funniest person I’ve ever known. Cracks me up!

Was he difficult to work with? Obviously the mythology sets him up as a megalomaniac with the band?

It took a while for me to get used to his way of working but like any job, as long as you do as you’re told it’s easy. I had to completely change the way I play to suit what Mark had in his head.  He wanted me to cut down on drum fills and get that repetitive thing going.  He preferred me to hit hard and keep the energy level up.

Once I understood what he wanted working together was easy.

What’s the most amusing story you have of working with Mark?

There’s so many funny stories it’s hard to pick just one.  He once took an outline of his shoe that he’d drawn on a piece of paper into a shoe shop and said ‘have you got anything in this size?’   You had to be there to see the look on the guys face!

What is it that you think has kept Mark relevant since the late 70s?

Mark has a unique delivery and doesn’t sound like anybody else. That keeps each album sounding original and fresh.  Some people will have only heard of The Fall after the news of Mark’s passing which is quite sad, but Mark has left the world a gift with the sheer amount of material.

The music will always remain.