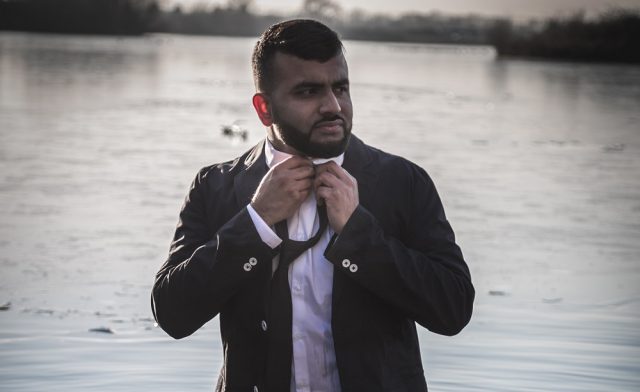 The stand-out from the performance was ‘I’m Ashamed’, the debut track from his forthcoming EP ‘Am I Going Too Deep’, which is out 8th May.

The track embodies Hussain’s vital work as an ambassador for the Samaritan’s charity, and as a passionate campaigner for mental awareness. In this role he as addressed the Houses of Parliament, given lessons cyber bullying and overcome it in over 400 schools.

Written on the side of the M25, ‘I’m Ashamed’ was produced by music producer Moghul Veyron and comes at a time of political turmoil and unprecedented, international, humanitarian crisis. The track takes on this unstable global climate with a fusion of social commentary and artistic wordplay.

Hussain said: “Reading the news and playing out my day-to-day, I feel a lot of emotions and more often than not, things have a tendency to weigh heavy on me. Performance poetry gives me the opportunity to capture my imagination in words. It allows me to express those feelings and abstract thoughts in a way that provides a release and helps me to make sense of things.”

As if this all doesn’t make Hussain Manawer intriguing enough, the Ilford native will also be the first British Muslim in space after beating 30,000 other entries from 90 countries in the Kruger Cowne Rising Star competition. This win will see him on one of the first commercial space flights travelling up over 100km into the atmosphere.

As part of his entry he performed a poem based on a suicide letter from a boy to his mother, and at the winner’s ceremony dedicated the trip to everyone in the world who has suffered from mental health issues.

‘I’m Ashamed’ is the first track to be released from Hussain’s debut EP “Am I Going to Deep”, set to be released on 8th May to coincide with Mental Health Awareness Week and proceeds will be going to Samaritan’s.