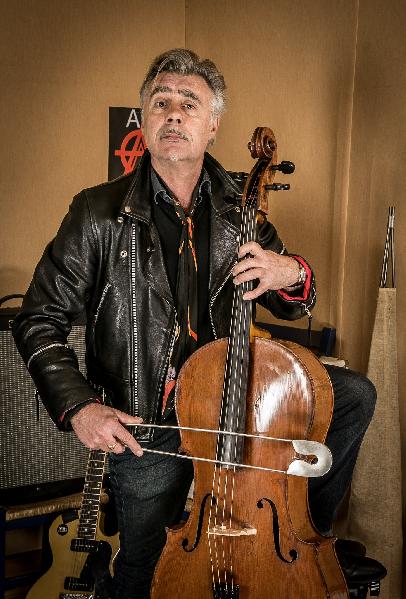 “It’s not the beginning of a new punk movement with people in tuxedos and dickie-bows, it’s just a bit of fun, serious fun but fun nonetheless.”

Punk legend Glenn Matlock is on the line to discuss The Anarchy Arias, the Royal Philharmonic Orchestra’s album of full-blown orchestral, operatic reworkings of tunes from the classic punk song-book.

As bassist in the Sex Pistols and the Rich Kids, and playing on albums from Iggy Pop and The Damned, Matlock has a history of inspiring people from the heart of the punk scene. Although this new operatic outing is not his work, he again inspired the ideas.

“About a year ago I did a little gig, something to do with Marshall headphones, a friend of mine from Scandinavia and I did a version of ‘Pretty Vacant’ with a string quartet that was pretty interesting. It went down really well and somebody saw it and they took the idea and ran with it,” explains Matlock.

“I got approached a while back saying ‘we are doing this thing, would you be interested in speaking about it’ I was like ‘well, I haven’t heard it’, you know, but they sent me some stuff over and it sounded really good. I loved the string arrangements. I thought ‘yeah, alright, cool’. It’s as simple as that really.

“I am not the driving force behind it, but I think it’s good and I think people should check it out.”

For those scene-punks taking the ‘that’s not punk’ line with this new album Matlock takes the expected confrontational stance.

“I think they should get some business and mind it. We always did what we wanted. With the Pistols, if we’d done what was going down at the time we would have ended up sounding like a light jazz combo like Kokomo or something like that. Which wasn’t going to happen, we just did what we wanted to do.”

In fact, he points out that breaking the expected punk template is nothing new.

“Yeah definitely, it’s not the first time. Even on the Rock n Roll Swindle album, which was done after I left, that has strings on it. There’s a fantastic version of ‘Anarchy in the UK’ by a guy called Jerzimy and he sings‘Anarchy in the UK’ in French, in waltz time and on accordion and it’s great. I hadn’t even thought of that when I came up with all the chord changes, it just puts a different slant on things.”

“I think the best things in art, in music, in popular culture are the things that stick out like a sore-thumb and that’s what I like about this, it’s just come out of nowhere and it’s interesting.”

Anarchy Arias takes in a fine selection of classic punk tunes from the likes of the Sex Pistols, The Clash, The Stranglers, X-Ray Spex and The Damned – songs that, despite the simplistic reputation of punk music, have good arrangements and incredible lyrics. This has to be the case for them to be so easily transformed into such a different style.

Punk has always been about challenging the norms and Anarchy Arias certainly offers the chance to see these songs in a new light.

Matlock says: “I think the best things in art, in music, in popular culture are the things that stick out like a sore-thumb and that’s what I like about this, it’s just come out of nowhere and it’s interesting. There’s a great selection of songs on it – a couple of Pistols ones, a couple of Clash ones, but I like stuff like ‘Ce Plane Un Moi’ by Plastic Bertrand and it’s great to see ‘Sound of the Suburbs’ on there, I think that’s a very clever song. It was written about people from the satellite towns who got wind of the punk thing a little bit too late and spent all that time catching up, it’s great.”

Punk itself (or at least the British incarnation) celebrated 40 years last year and still reverberates around popular culture. Commentators still constantly ask if something like it could happen again; for Matlock the answer is both yes and no.

“You can’t take it out of the time and place, the people that were involved – it’s not something that you can manufacture. People say nothing has come along since but I disagree. The heavy rap stuff in the States, N.W.A, to me they’re pretty punk. I am sure there’s someone beavering away in the living room, or garage that’s got something to say. Eminem had a punk attitude, it’s not safety pins and things but I never subscribed to that. I saw Steve Jones not long ago and he has a book out and it decries the ‘carbon copy punks’, it was never about that. The whole idea was to be forward looking and not be the modern-day equivalent of the Teddy Boys, where if you don’t get the seam on your coat exactly right you are not one.”

Although he is endorsing Anarchy Arias Matlock is clear that this is not his work, and he has other exciting things on the horizon.

“I have a great album in the can. Slim Jim Phantom from the Stray Cats playing drums, also Earl Slick from Bowie’s band is all over it playing guitar and I am just really chuffed at getting that all together. This things just come up and it’s probably helped me out in a strange kind of way. That wasn’t the intention but these things work out like that sometimes.

“I am really proud of it, it’s a real departure for me it doesn’t sound like anything else around and it’s back to sticking out like a sore thumb.”

Anarchy Arias is out 9th June on Universal Music.